A 49-year-old man who was ejected from Japan’s standardized university entrance exams over the weekend for not covering his nose with a face mask was arrested hours later for refusing to vacate a toilet cubicle at the same venue, police said Tuesday (January 19).

After being ordered to leave the English exam he was sitting, the man locked himself in the cubicle at the Tokyo test site for about three hours until his arrest around 10 p.m. Saturday, according to the police. Amid the coronavirus pandemic, test-takers were not allowed to sit the exams unless they wore facial masks “correctly.” 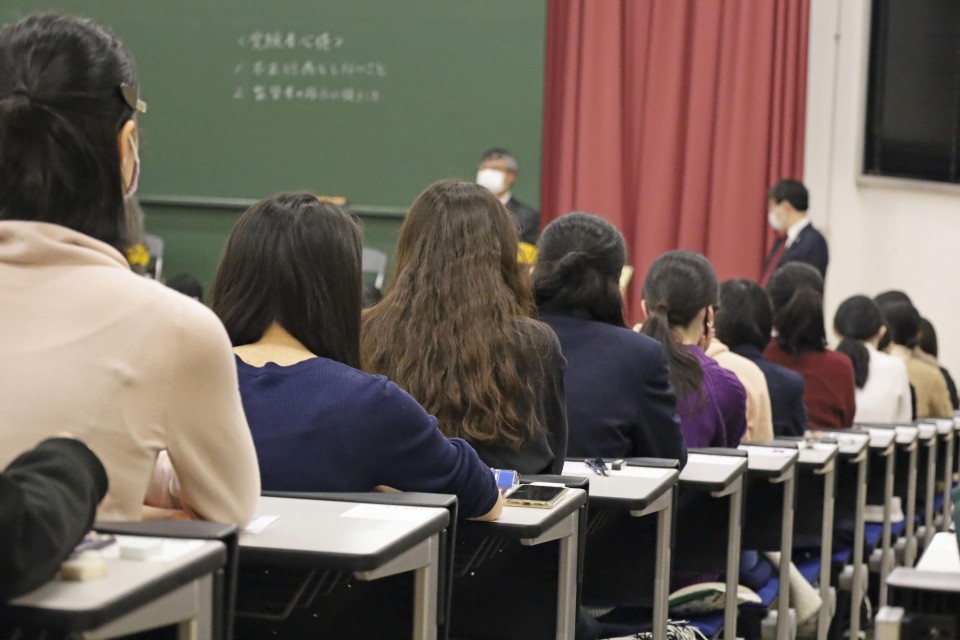 The man, whose name has been withheld, did not obey an order to come out of the toilet and a police officer was forced to climb over the cubicle wall to reach him, they said.

The operator of the nationwide exams said Sunday the test-taker refused supervisors’ instructions to cover his nose with his mask, despite being asked six times and told he would be disqualified if he ignored a final warning.

“I heard that it was a situation that could not be overlooked as he was psychologically disturbing other examinees,” Hagiuda said at a press conference.

The National Center for University Entrance Examinations allows those who cannot wear facial masks for health or other reasons to take the exams in a separate room so long as they ask to do so in advance.

The test-taker in question, who did not provide such a reason beforehand, was quoted by the education ministry as saying “that was my way of wearing a mask correctly.”

The first round of the university entrance exams was held over the weekend at 681 venues across the country, drawing a total of 535,245 applicants, according to the center.