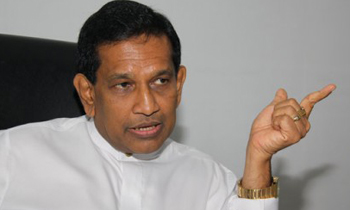 All medical students, who studied at the South Asian Institute of Technology and Medicine (SAITM) will be absorbed into a new Medical Faculty established at the Sri Lanka Institute of Information and Technology (SLIIT) effective from January 1, 2018, Health and Indigenous Medicine Minister Dr. Rajitha Senaratne said.

“It was a collective decision of Deans of all State medical faculties and members representing the Sri Lanka Medical Council, (SLMC), the GMOA and officials of the Health Ministry,” Minister Senaratne said.

However, if we were not able to conclude the arrangements by January 1st, we definitely conclude it on January 15, Minister Senaratne added.

He pointed out that no one could protest to the new arrangement as it was a decision taken by all stakeholders to the issue unanimously. Besides the SAITM Committee has now been dissolved and this decision was taken at its last meeting.