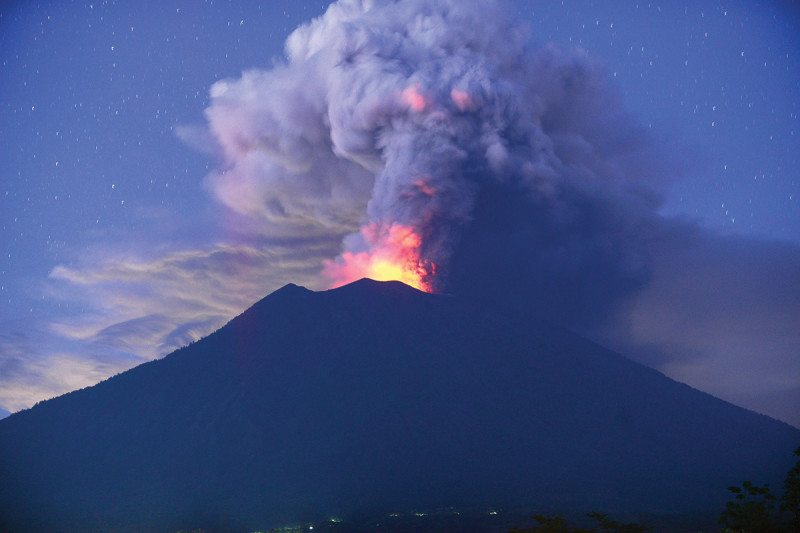 Tourists are making their way off the Indonesian island, but for those living near the smouldering Mount Agung, there are fears about the impact on the tourism and agriculture industries.

Prayers were said at a temple on the slopes of the volcano.

Among those who’ve evacuated the area are residents who survived the last eruption, in 1963. Over 1,000 people died when rock and ash were spewed to heights of 25km above the crater.

Indonesia has the highest number of volcanoes in the world, with 127 active peaks.

A MASS evacuation has been ordered from a 10-kilometre danger zone around the Mount Agung volcano on the Indonesian island of Bali. Around 40,000 people have already fled.

The volcano began erupting on 24 November. Explosions hurled clouds of white and dark grey ash 3000 metres into the atmosphere, and lava welled up into the crater. Mudflows, caused by the ash mixing with rain, flowed down some valleys. As New Scientist went to press, it was feared an even larger eruption could occur.

The ash clouds reached the island’s international airport on Monday, forcing it to close and stranding tens of thousands of travellers. Volcanic ash can damage jet engines.

It can also irritate eyes and make breathing difficult, and heavy build-ups can cause roofs to collapse and smother crops. Soldiers and police distributed masks over the weekend as ash began to settle on villages and resorts around the volcano.

Mount Agung can be a highly dangerous volcano. Its last major eruption began in February 1963 and killed 1100 people. There were two huge explosive eruptions on 17 March and 16 May, and activity continued until January 1964. Most of the deaths were caused by pyroclastic flows. 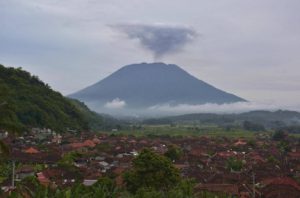 A large eruption that sends ash into the stratosphere could temporarily cool the planet by 0.1 or 0.2°C, as the 1963 eruption did. However, this cooling effect would be short-lived so wouldn’t help stop climate change.

Editor - May 28, 2020
0
Even though the lockdown was active the United Kingdom allowed Supermarkets, corner shops, banks, pharmacies and petrol stations to remain open as...