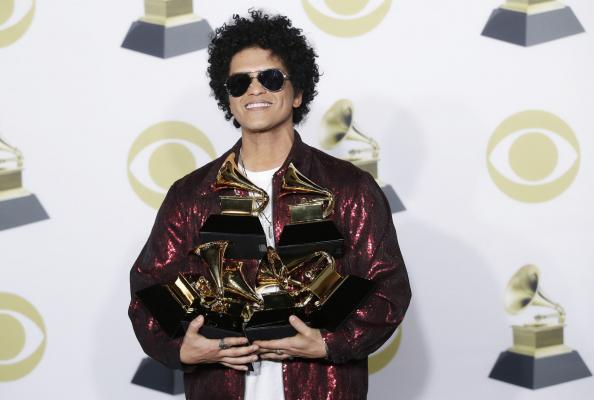 Bruno Mars picked up several of the biggest prizes at the 2018 Grammy Awards, including best album, record and song, while Kendrick Lamar won the top rap categories.

24K Magic also won for record of the year, the category that recognizes the artist’s performance combined with overall contributions of the producers, recording engineers and mixers. Mars and his team beat out Redbone by Childish Gambino, Despacito by Luis Fonsi and Daddy Yankee, featuring Justin Bieber, The Story Of O.J. by Jay-Z and HUMBLE. by Kendrick Lamar.

Song of the year, which recognizes the songwriters of a particular track, was also nabbed by Mars for That’s WHat I Like.. Sharing the honor with Mars were songwriters Christopher Brody Brown, James Fauntleroy, Philip Lawrence, Bruno Mars, Ray Charles McCullough II, Jeremy Reeves, Ray Romulus and Jonathan Yip.

Mars’ wins didn’t end there. The Hawaiian-born artist also won for best R&B performance for That’s What I Like and best R&B album for 24K Magic.

Lamar lost out on album of the year, but he cleaned up in the rap.hip-hop categories. DAMN. took best rap album and HUMBLE. took best rap song, as well as best rap performance.

And Lamar also was recognized for best rap/sung performance, along with Rihanna, for LOYALTY.

In the rock categories, The War On Drugs and The National were the big winners.

The War On Drugs won best rock album for A Deeper Understanding. 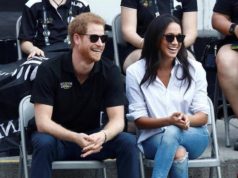