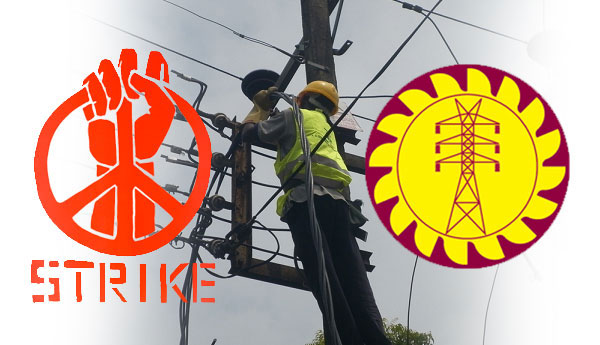 The Ceylon Electricity Board (CEB) trade unions staging a hunger strike workers warned the government that they would resort to an ‘all-out’ indefinite strike on Monday unless their demands were granted immediately.

The CEB Trade Union Alliance Convener Ranjan Jayalal told The Island yesterday unless the Ministry solved the problem, by Monday (18), they would launch a strike.

The CEB hunger strike has entered the fifth day it is backed by 32 trade unions.

The protesters demand an immediate stop to slashing their annual bonus and medical leave.

Lashing out at the CEB’s Engineer’s Union for blocking their annual bonus, Jayalal said all issues had cropped up since the salaries of CEB engineers were increased early this year.

A discussion between the Secretary to Ministry of Power and Renewable Energy and trade unions was held yesterday with the secretary assuring them that their annual bonuses would be granted and incentives for medical leave given by Monday.

Jayalal said the strike would not be called off unless a written assurance was given.