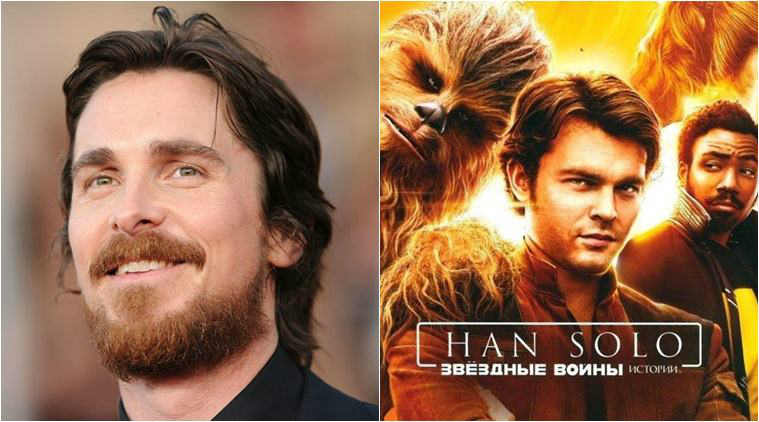 We could have got the Dark Knight himself fighting in a galaxy far, far away.

Confused? Well, Hollywood actor Christian Bale, who played Batman in Christopher Nolan’s The Dark Knight Trilogy, was in talks to join the cast of the Han Solo spin-off, reports Contactmusic.com.

During a recent interview, Bale spilled out the beans on the matter and said, “Yes, [it was] very tempting. I not only love the films going back to my childhood but also have a very long relationship with Kathleen Kennedy and Frank Marshall because they did Empire of the Sun many years back. There was discussion, [and] I hope there will be future discussions.”

The Hostiles star is still very much interested in doing something in the Star Wars universe at some point, as he confessed on the same podcast he’s a huge fan of the franchise and has something of a family connection.

“Star Wars I’m a huge fan. Yeah, Star Wars really interests me. I’ve still got the Millennium Falcon, I’ve got the AT-AT. My daughter, her first love was Darth Vader. She absolutely adored Darth Maul. [She] stood near him at Disneyland and he growled and he’s got those teeth and he stayed in character, really wonderful performance, and she was teeny and I thought, ‘This is gonna scare the crap out of her, this is such a bad idea.’ And then she stopped and she said, ‘Daddy, I’m in love,’” noted Bale.

The British star also confessed that he has not watched his successor Ben Affleck as The Caped Crusader in the DC Extended Universe.

He explained, “I have not seen [Ben Affleck’s Batman]. Yes I’m interested [in seeing it], my son seemed like he was really interested but then I realised he just wanted to see the trailer. I tend to go see films that [my kids] want to see. I have to confess I’m not a huge superhero film fan. People seem surprised at that, I don’t know why. I’ve not seen any of the Avengers films or any of those films at all. I hear they’re very good, but I’m quite happy just hearing they’re very good.”