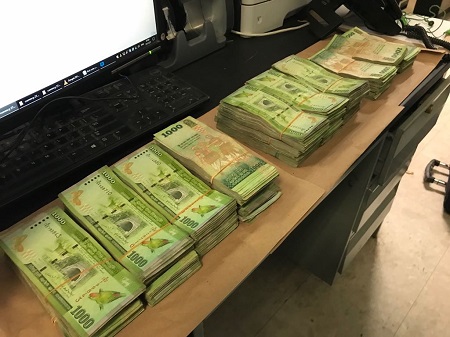 The deadline for exchanging defaced  currency notes with banks has been further extended by three months till March 31, 2018, following instructions given by President Maithripala Sirisena to the Central Bank of Sri Lanka.

According to the Monetary Act No. 58 of 1949, legal action cold be taken against persons responsible for willfully defacing or altering currency notes and punishment meted out to them.