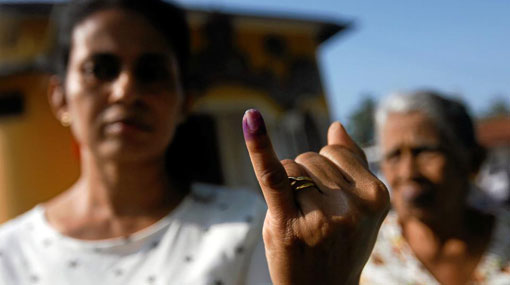 Sri Lanka’s Civil Society Organisations, including women’s groups, and women’s rights advocates have called on the Chairman and Members of the Election Commission to implement fully the 25% quota for women in accordance with the Local Authorities Elections (Amendment) Act No. 16 of 2017.

“We understand from media reportage and other sources that following the 10th February local government elections, certain political parties feel that they have to bear an ‘unfair’ burden in fulfilling the women’s quota, which has already been clearly established by law.”

“We understand that political parties in consultation with the Elections Commission and the Attorney General’s Department are considering revisions to the law,” the Women and Media Collective said.

“We are extremely concerned at these developments,” it said, in a letter to the Elections Commission, leaders of Political Parties and the Speaker of the House of Parliament.

The collective said they welcomed the law as a “significant victory” to redress historic discrimination against women and strongly appealed to political parties and the Election Commission to respect the spirit of the 25% quota and refrain from any reductions to the agreed level of women’s representation.

“We recognize that there are exceptions to the 25% quota for women.”

Similarly, if a political party or independent group has received less than 20% of votes in a local authority area and is entitled to less than 3 members, they are also exempt from appointing the requisite 25% women.