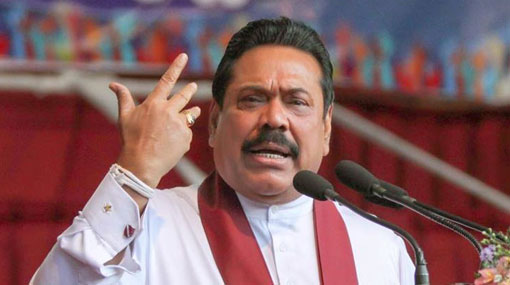 ‘Every second you protest, we are losing vital dollars’ says the Prime Minister Mahinda Rajapaksa. In a Televised address to the nation, the Prime Minister announced that his government ended the war that plagued the country for 30 years , and that he never intended to leave people suffering in queues to purchase gas and fuel. He urged the youth in the protests not to drag the country back to such a period of horrific violence.

“Around 60,000 young lives were lost as a result of the violence unleashed at that time,” he said .
He said, “I see national flags fluttering in your hand . You have received that freedom due to the enormous sacrifices made by the three forces ,” the Prime Minister said in reminiscence of the blood shed during the 88/89 period due to the rejection of democracy.

He addressed as follows,

” My one humble plea is that you do not harass or insult those who serve in the police or the tri forces who have dutifully served our country.

Remember that today you walk the streets without fear of oppression protesting, because those war heroes sacrificed their lives to save this country for you.

Keep in mind that these very same war heroes came back to battle for you during the recent pandemic.
My Sons and Daughters, I see how proudly you wave our national flag during your protests, and it fills my heart with joy. However, do not forget those who laid the foundation for that flag to be freely hoisted anywhere in our homeland. ”