A fireball that brightened the Tokyo sky earlier this month has been identified as a meteor after fragments were found in a neighboring prefecture, a Japanese national science museum said Monday (July 13).

The meteorite, which landed on a condominium in Narashino, Chiba Prefecture, is believed to have originally had a diameter of a few centimeters but likely broke into two pieces, according to the National Museum of Nature and Science.

The pieces weigh 63 grams and 70 grams, respectively, it said. A female resident of the condominium, who was awakened by a loud noise in the early hours of July 2, discovered a rock fragment in the common corridor just outside her room later that morning.

Upon learning news of the fireball, the woman kept the fragment thinking it might be a meteorite.

An impact mark on the handrail in the corridor led to the discovery of a second piece of rock in the courtyard two days later. Metal in the second piece had rusted due to exposure to rain, turning it brown. 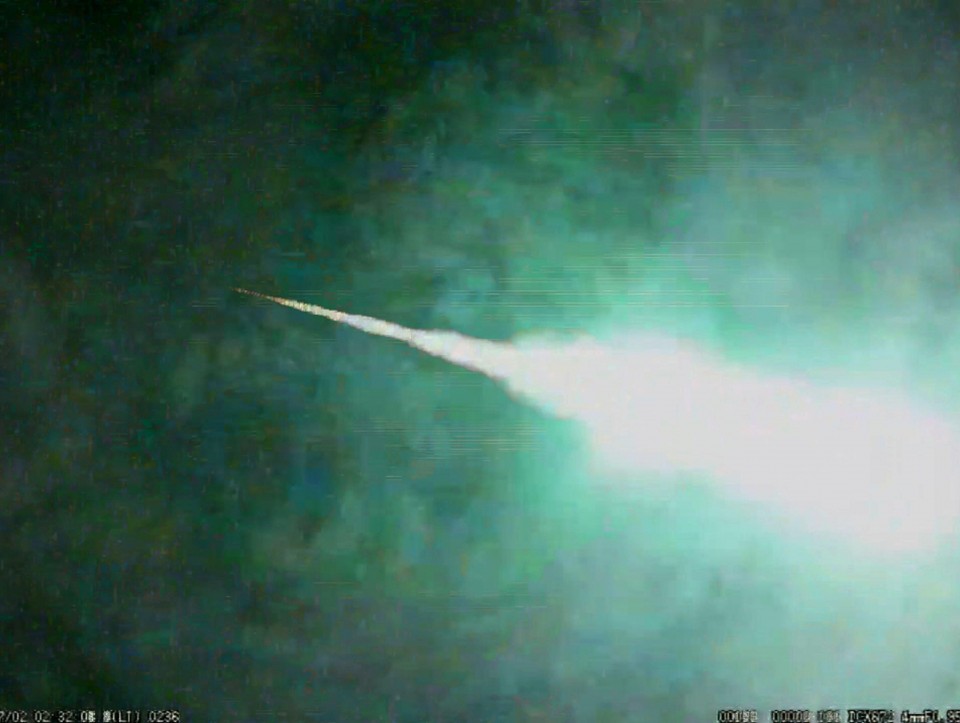 The museum, which was asked to analyze the chunks, detected isotopes of aluminum, sodium and manganese produced by the bombardment of cosmic rays.

As some isotopes have a half-life of only a few days, it was able to confirm the rocks were from a meteorite that fell recently.

The last meteorite to hit Japan landed on private property in Komaki, Aichi Prefecture some two years ago. 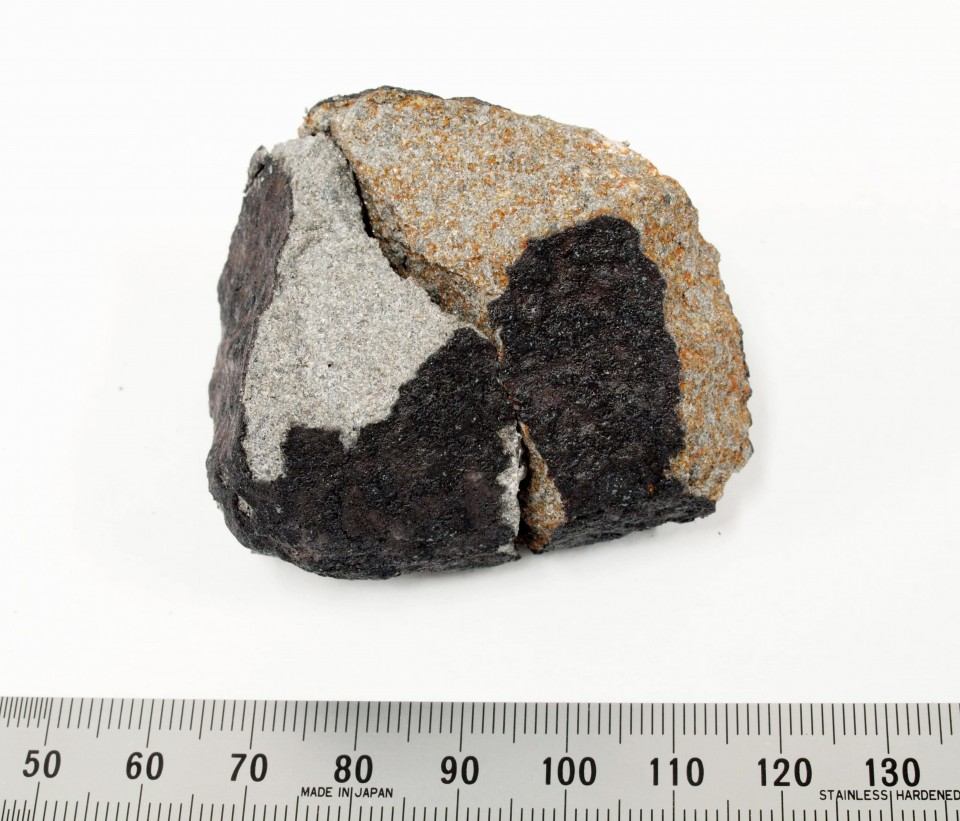 Supplied photo shows a meteorite, which landed on a condominium in Narashino, Chiba Prefecture. (Photo courtesy of the National Museum of Nature and Science)(Kyodo)

The museum plans to submit the latest meteorite, which it has named “Narashino,” for registration with the Meteoritical Society. If accepted, it will be the 53rd meteorite to be recorded from Japan.

The shooting star was observed on July 2 moving from southwest to northeast in the sky above the Japanese capital while emitting a blaze of light comparable to the brightness of a full moon.

Social media came alive after the 2:30 a.m. incident, with many people saying they heard a loud bang, and some mistakenly attributing the sound to their upstairs neighbors.

North Sumatran farmer found dead after being dragged away by crocodile

Thai Children get to school despite flooding