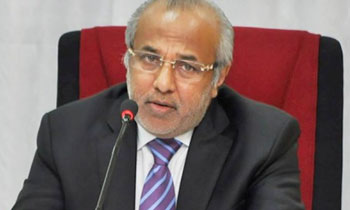 The Sri Lanka Muslim Congress (SLMC) yesterday said the Government should review delimitation done in view of the Provincial Councils as otherwise, it would reduce the number of members to be returned from the minority councils.

SLMC Leader Rauff Hakeem told that the Government decided to introduce a mix of the First Past the Post and the Proportion Representation to the Provincial Councils as at the Local Government Elections.

Along with that, a committee was appointed to carry out delimitation of electorates in the nine Provinces. Mr. Hakeem said his party could not accept the recommendations by this committee.

Instead, he said it would be advisable to revert to the old electoral system.

He said there was a lot of confusion arising from the new electoral system, introduced for the local bodies.

“If it is applied to the Provincial Council Elections, it will run into further confusion,” he said.