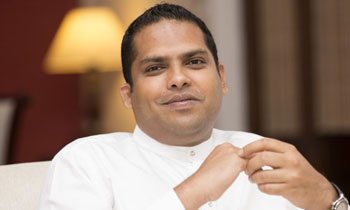 He said this measure would be aimed at preventing posts which provoke hate against any community or religion.

“The government will not block social media such as Facebook but there will be strict monitoring, which will be aimed at preventing postings which provoke hate among communities and religions. This monitoring may result in barding those who upload hate speech on social media,” the Minister said.

The institute would also monitor those posting and watching child pornography and other pornography.

“ I am not for censoring but unwanted postings which provoke ethnic and religious hatred should be avoided as it could bring disaster to the country. “We have been witnessing postings which provoke people and even video clips which were false. Some have even uploaded false video saying such and such an establishment was attacked. Both Sinhalese and Muslims were engaged in such provocations over social media during the past few days,” the Minister said.

He added that the government had wanted Facebook to remove pages of those who provoke hatred sometime back before the trouble in Kandy. However, he said it was not possible as Facebook did not have sufficient human resources to do so. “Facebook actually did not have those who could be conversant in Sinhalese to identify and remove the Sinhala content which promoted hatred. Status of Sinhalese in the globe had played a role in this shortcoming as it is not a language which is spoken universally,” he said in this regard.

Mr. Fernando who defended the restriction of Facebook said one must remember that several countries such as Bangladesh, Vietnam, Germany, Hungary, Israel, Iran and Syria have blocked Facebook from time to time. “The country would have experienced the worst disaster than July 1983 racial riots if the government did not block social media. There was no other alternative to hate speech over social media became uncontrollable,” he said. However, the Minister revealed that around 800,000 people have managed to log into Facebook through virtual private networks despite measures taken to block it.