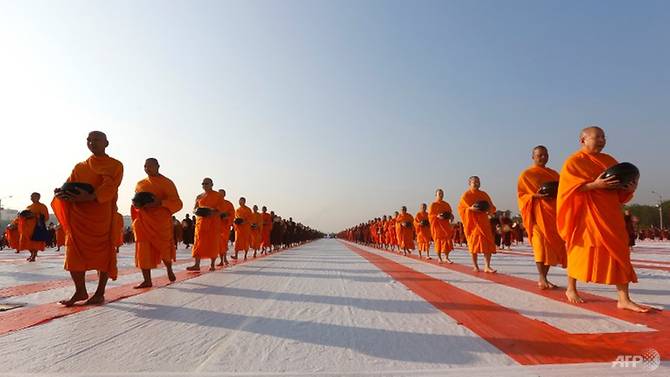 The President of Myanmar U Win Myint has decided to confer the Honorary Religious Title of “Aggamahāpaṇḍita” on four Sri Lankan Buddhist monks and several other Honorary Titles on three Buddhist Priests and one Layman from Sri Lanka, in honor of the 73rd Anniversary of the Independence Day of Myanmar.

Aggamahāpaṇḍita is an honorific Buddhist Title conferred by the Government of Myanmar to distinguished Theravada Buddhist Bhikkhus.

The meaning of Aggamahāpandiṭa, is “foremost great and wise one,” which is derived from the following Pali terms.

The title is awarded to Buddhist Bhikkhus who are highly proficient in teaching Dhamma.

As an annual event, the President of Myanmar, confers the Title, after a thorough examination of a Bhikkhu’s wisdom and achievement by the State Sangha Maha Nayaka Committee, a government-appointed body of high-ranking Buddhist Bhikkhus that oversees and regulates the Sangha (Buddhist clergy) in Myanmar.

A number of Sri Lankan Bhikkhus have also been conferred the Aggamahāpaṇḍita Title by the Government of Myanmar in the past and the latest Title was conferred to Ven. Prof. Kotapitiye Rahula Anunayake Thero in 2020.

In some instances, several laypersons have also been conferred the title of Maha Saddhamma Jothika Dhaja to appreciate their services to the Dhamma.