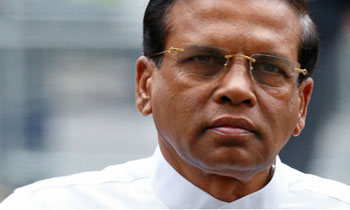 President Maithripala Sirisena while speaking on the current restrictions on the social media that have been imposed after the violence mainly in Ampara and Kandy Districts said yesterday that if something is detrimental to the society we will have to contain its effects despite it being useful in some other way.

Addressing a gathering of Sri Lankans in Japan the President, however, said that the restrictions on the social media would be lifted soon.

He lamented that many people in Sri Lanka use the social media to destroy the country in spite of the mobile phone, computer, internet, and the social media having been invented to uplift human society.

“Before the violence in Ampara and Kandy Districts, people complained that Facebook had been a social evil that destroys the family life and incites hatred among various communities. They wanted us to control these media but we did not agree with them. Yet, we were compelled to place certain restrictions temporarily on them when the violence started in these two districts. If we had not taken such a step the situation would have been aggravated,” President Sirisena said.