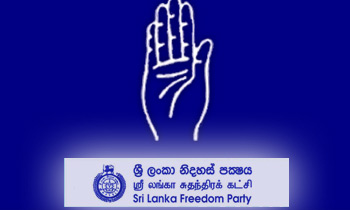 A group of Sri Lanka Freedom Party (SLFP) Ministers, who met President Maithripala Sirisena, had demanded that changes be made to key positions in the Government and a new Cabinet be formed based on the results of the recent Local Government Election.

The demands were made when the Ministers met the President at his official residence yesterday to discuss the future of the Party following its defeat at the polls on Saturday.

A Senior Minister of the SLFP stated that the President had assured them that he would…… take a crucial decision about the future of the SLFP within two to three days.

The Minister, however, did not rule out the possibility of the SLFP joining hands with the Joint Opposition in the formation of a new Cabinet.

The Minister, however, pointed out that no decision has been taken so far pertaining to including members of the Joint Opposition in the Cabinet.