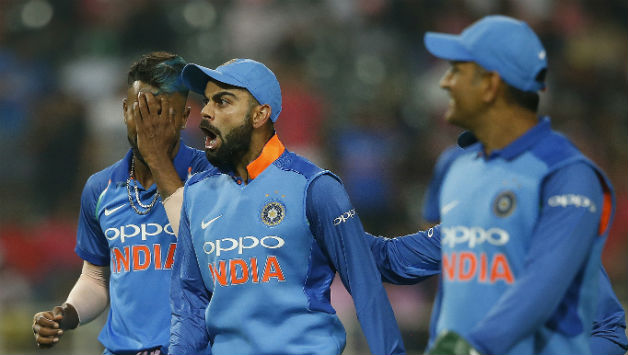 Despite losing the fourth ODI against South Africa at Wanderers, India had a decent outing in the 50-overs format against the Proteas. The side led by skipper Virat Kohliconvincingly won the first three ODIs in the series and put the pressure on the home side to save the series. Former South African captain Kepler Wessels believes the current Indian squad will be difficult to beat in the World Cup next year.

Speaking to Times of India, Wessels said, “I wouldn’t say favourites, but they (India) will be very competitive. Barring injuries to key players, it’s looking good for them. They will be difficult to beat,” he said.

Wessels said that South Africa were surprised by the quality of spinners in India’s arsenal and has hence failed to live up to the performance they displayed during the Test series. “I think that they’ve got a totally different team, a totally different arsenal. They have introduced the two legspinners which has totally confused the SA set-up. I think that India’s One-Day team at the moment is very good,” he said.

The former left-hand batsman further praised India’s seam-attack and said that wicket-taking fast bowlers are a big plus for the side. “Bhuvi (Bhuvneshwar Kumar) swings it nicely, Bumrah hits the pitch hard. He can also bowl some nice yorkers and quick bouncers. So, that has been a big plus as far as Indian cricket is concerned… the fact that they now have fast bowlers who can take wickets abroad,” he said. “Before the Tests, I thought that the Indian batsmen would score runs and the bowlers would struggle to bowl SA out, but it turned out to be the other way around,” he added.

On being questioned about Rohit Sharma’s form, the 60-year old said he will continue to struggle in South African pitches because of his footwork. “He will always struggle to score runs in SA because of his footwork. He plants his front foot across to the off-side and in SA, the pitches always seam and bounce a bit. This is the reason that he averages around 10 there,” the former batsman said. Speaking about his opening partner Shikhar Dhawan, Wessels added, “He looks very impressive in one-day cricket. He’s superb there. In the Tests, he’s still vulnerable to the short ball, but the overall package is very good.”

India are leading the 6-match ODI series against South Africa by 3-1, with two games still remaining. India just need one more win to seal the series.