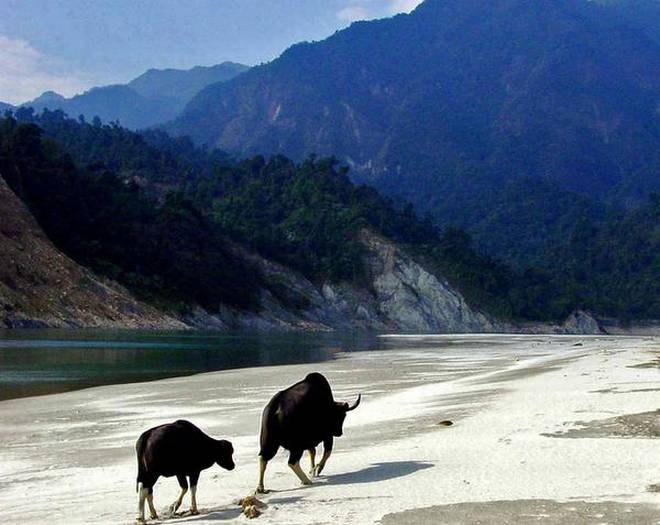 The Union government has conveyed its views and concerns to the Chinese authorities, including at the highest levels of the government, on the unusual darkening of the Siang river in Arunachal Pradesh, Union Minister of State for Water Resources Arjun Ram Meghwal said in reply to a question in the Lok Sabha on Thursday. The change in colour came to light in November, and China holds an earthquake in Tibet responsible for it.

Official reports of the colour of water in the Siang changing emerged from the Arunachal Pradesh office of the Central Water Commission (CWC) on November 10, attributing it to excess silt. What caused a deluge in silt however was not specified, but the water at Tuting was still potable, the CWC said.

However another report from the Arunachal Pradesh Water Supply Department showed that iron levels were beyond permissible limits and samples from the river beyond Pasighat and Jonai showed higher aluminium and iron levels. A public outcry prompted leaders, including Chief Minister, Pema Khandu, to write to Prime Minister Narendra Modi to launch a thorough investigation.

“The reason for change in water of River Siang may possibly be because of any landslide/earthquake/any other activity in upstream region of Tuting site across the international border with China for which information is not available. Exact reason is not known as yet,” Mr. Meghwal told the House.

The Siang enters India from Tibet, where it flows for about 1,500 km as the Tsangpo and becomes the Brahmaputra after it flows into Assam.

Reports from Arunachal Pradesh and Assam blamed tunnel construction by China in Tibet. India nevertheless broached the issue with Wang Yi, Foreign Minister of the People’s Republic of China, during his visit to India on December 11, 2017, Mr. Meghwal said in his reply. “Government has conveyed its views and concerns to the Chinese authorities, including at the highest levels of the Government of the People’s Republic of China, and has urged them to ensure that the interests of downstream States are not harmed by any activities in upstream areas,” he said.