Japanese entrepreneur Yusaku Maezawa said Wednesday he will enlist eight members of the public who “see themselves as artists” to orbit the moon with him on the world’s first-ever private space trip, organized by U.S. firm SpaceX for 2023.

Maezawa, who founded major online fashion retailer Zozo Inc., said those applying to be part of the 10- to 12-man crew must also feel space travel would push the limits of whatever creative activity they are involved in and ultimately lead to helping “other people and greater society.” 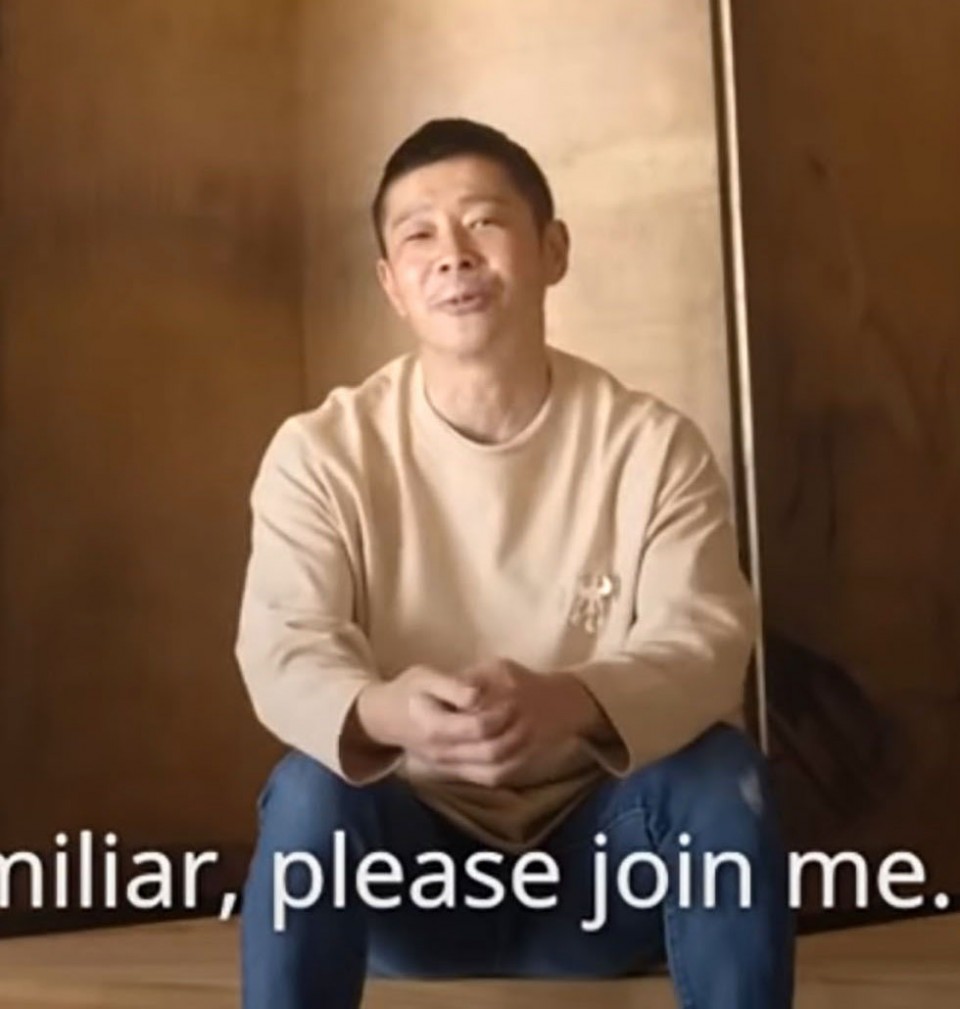 He uploaded two videos on YouTube in English and Japanese in which he also said potential crewmembers for the “dearMoon” project would have to be “willing and able” to support the rest of the crew.

The roundtrip — to the moon, around it and back — will take a total of six days, with Maezawa footing the bill for the entire expedition as a private journey. Applications are open until March 14.

Maezawa first announced his plans for traveling to the moon in September 2018 and said he wanted to invite artists from across the world for the trip.

But the entrepreneur amended his initial definition of “artists” after he began to think “every single person who is doing something creative could be called an artist,” he said in the YouTube video.

“And that is why I wanted to reach out to a wider, more diverse audience, to give more people across the world the opportunity to join this journey,” he added.

Elon Musk, chief executive officer of SpaceX, said in the same video that his firm’s spaceship will have reached orbit many times before Maezawa’s crew launches and that he is confident it “will be safe enough for human transport by 2023.”

North Korea will not join Tokyo Olympics over COVID-19 fears