Japanese and Israeli startups recently agreed to cooperate on an experimental project to generate oxygen on the Moon, a potential technology that could make possible long-term lunar missions independent of Earth in the future.

Under the project, Israel’s Helios Project Ltd. will undertake demonstration tests to extract oxygen by melting lunar soil at a high temperature and electrolyzing it. Japan’s Ispace Inc. will deliver equipment for the experiments twice between 2023 and 2025. 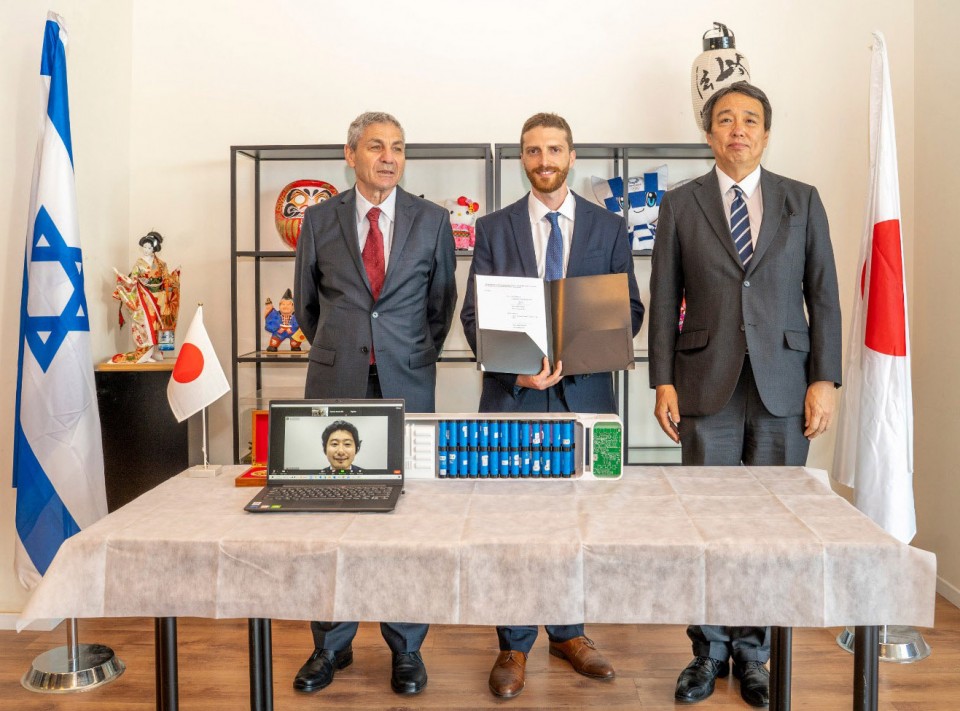 “We are very excited by their technology and we believe this effort will stimulate more players to enter this market,” Ispace CEO Takeshi Hakamada told a ceremony to sign memoranda of understanding held at the Japanese Embassy in Tel Aviv last month, which he joined online from Tokyo.

“We hope there will be many more opportunities to collaborate on the shared interest in lunar exploration together,” Hakamada added.

After attending the ceremony, Helios CEO Jonathan Geifman said that extracting oxygen from lunar soil is vital for humans to engage in activities on the Moon in the future.

The accord marks the first Japan-Israel collaboration by private companies in the field of space development, according to the Israeli space authority.

Helios has been developing a reactor that can process lunar soil to extract oxygen and metals such as iron, aluminum and silicon, in order to allow Moon colonists to “live off the land,” it said on its website. The reactor is also being developed to process Martian soil.

The Israeli firm expects 250 kilograms of oxygen to be taken out of 1 ton of lunar soil.

In 2023, Ispace will launch a lunar lander from the United States aboard a rocket made by SpaceX, officially known as Space Exploration Technologies Corp., to carry equipment for customers including the Japan Aerospace Exploration Agency. However, the firm said it is unsure if the Helios equipment will be included.

Ispace is one of the companies picked by the U.S. National Aeronautics and Space Administration to gather samples from the Moon’s surface as part of NASA’s lunar exploration program. It aims to be the first Japanese private firm to land on the Moon, launching two landers in 2022 and 2023. (Kyodo)