Tomoko Yoshino became the first-ever female chief of Japan’s largest labor organization Rengo on Wednesday after her promotion from vice president was approved at a regular convention.

Yoshino, 55, from a labor union mainly representing small and medium-sized manufacturers in Japan, will serve a two-year term, succeeding Rikio Kozu, who led the Japanese Trade Union Confederation, as Rengo is formally known, for six years.

It is the first time since the establishment of Rengo in 1989 that a woman has taken the helm of the organization that has around 7 million members. 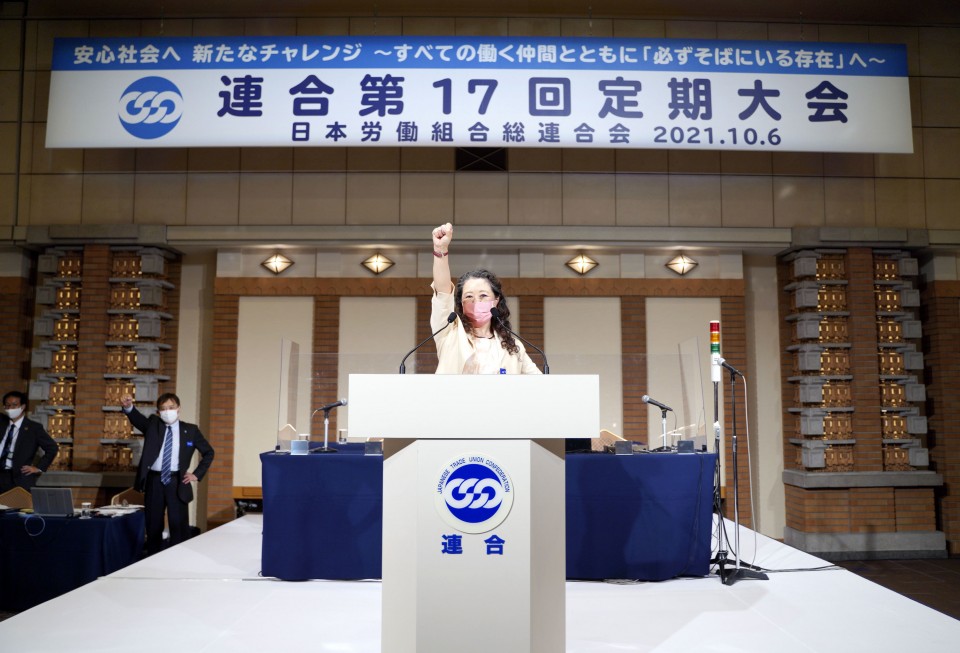 Tomoko Yoshino calls for unity from the stage after she is elected as the first-ever female chief of Japan’s largest labor organization Rengo at a regular convention in Tokyo on Oct. 6, 2021. (Photo courtesy of Rengo)(Kyodo)

After graduating from high school, Yoshino got a job at sewing machine maker Juki Corp. in 1984. She has served as deputy head of the Japanese Association of Metal, Machinery, and Manufacturing Workers since 2015 and as vice president of Rengo since 2015.

“I will proceed with our activities by heeding the voices of our members seriously so we can create an environment in which people can continue work without worrying even amid the spread of the coronavirus,” Yoshino said.

Despite calls for increasing the number of women in leadership positions, Japan still has a long way to go. In the United States and Britain, there are labor unions headed by women.

The Japan Business Federation, known as Keidanren, has never had a female chief in its history of over seven decades. In June, online service provider DeNA Co. Chairwoman Tomoko Namba became the first-ever female vice chair of the country’s most powerful business lobby. 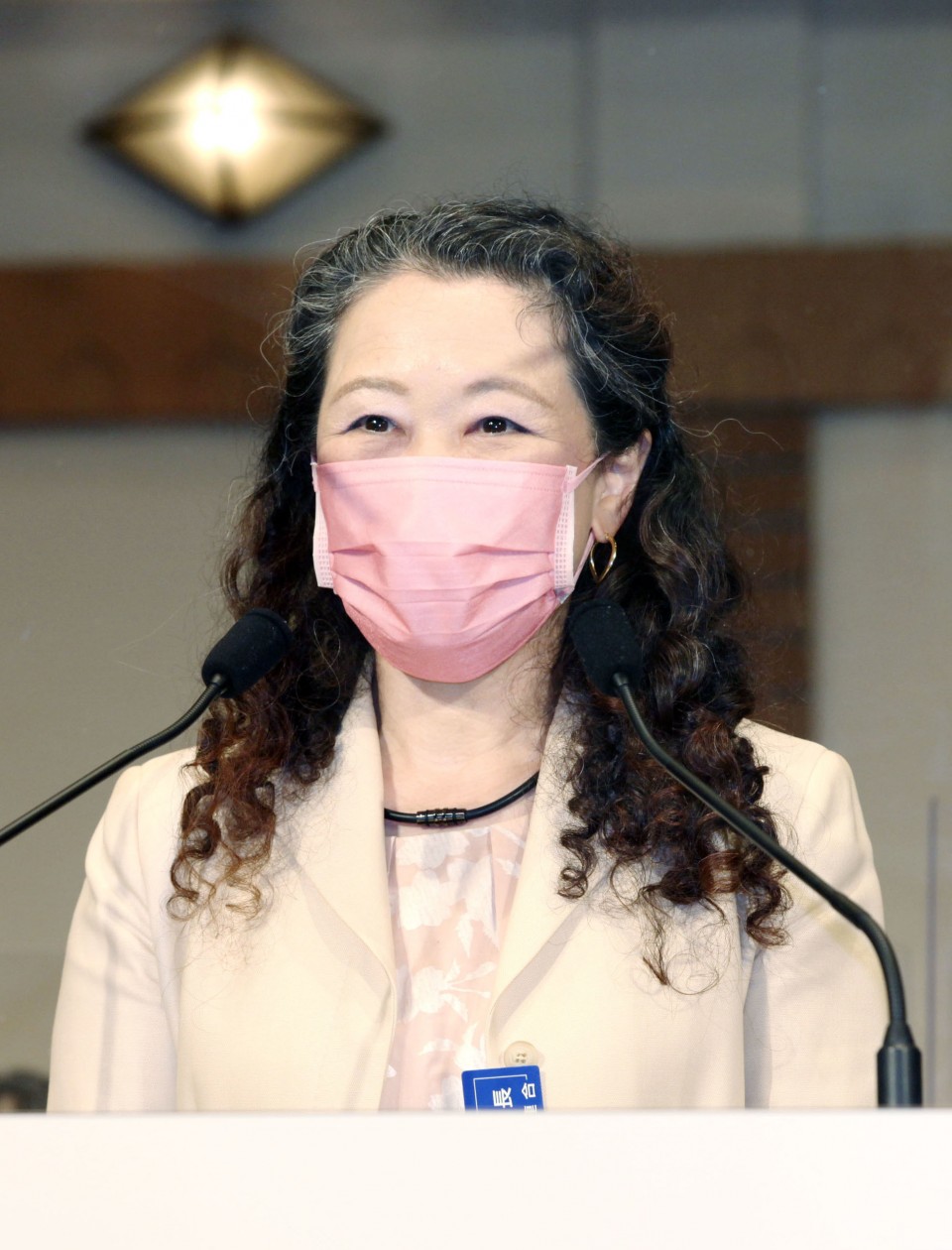 Tomoko Yoshino makes a speech after she is elected as the first-ever female chief of Japan’s largest labor organization Rengo at a regular convention in Tokyo on Oct. 6, 2021. (Photo courtesy of Rengo)(Kyodo)

Kozu, 65, spent his six years as Rengo head during the administrations of former prime ministers Shinzo Abe and Yoshihide Suga, who saw wage growth as critical to beat deflation.

As labor unions held wage negotiations with management in the spring every year, Kozu called for pay-scale hikes and better treatment for nonregular workers.

For the post of Rengo’s general secretary, Hideyuki Shimizu, 62, of the Japan Teachers’ Union was selected, replacing Yasunobu Aihara. He will serve a two-year term.