KFC has admitted its famous Finger Lickin’ Good slogan is not quite right for the era of face masks and official hand-washing advice, as it launches a new advertising campaign with a change of focus.

The fast food chain has acknowledged it will need to move on, at least temporarily, from the tagline it has used on and off for more than six decades, releasing new images of advertising posters and packaging with the words blurred and pixellated.

The move comes about five months after it pulled ads featuring the catchphrase amid complaints that the featured montage of people licking their own fingers and those of their companions ran counter to official advice to stem the spread of the virus. According to the Drum, more than 150 people complained to the Advertising Standards Authority in March.

KFC said the slogan would return “when the time is right”, but that it would shift its messaging in the meantime. The chain closed its sites temporarily in March as a result of the pandemic, but has now reopened the majority of its outlets with more stringent health and safety policies in place.

“We find ourselves in a unique situation – having an iconic slogan that doesn’t quite fit in the current environment,” said Catherine Tan-Gillespie, global chief marketing officer. “While we are pausing the use of ‘It’s Finger Lickin’ Good’, rest assured the food craved by so many people around the world isn’t changing one bit.”

The chain has more than 900 restaurants across the UK and Ireland and employs 27,000 staff.

It is not the first time KFC has dropped its best-known slogan. The firm brought it back after a near 10-year hiatus in 2008. 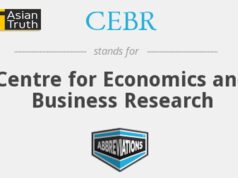 Samsung, Hyundai Motor to cooperate on future cars beyond batteries