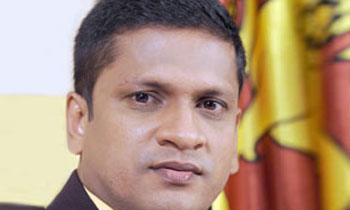 He made this announcement during a special media briefing held in Negombo this morning (28).

The UPFA Gampaha District MP resigned from his portfolio as the Deputy Minister of Home Affairs on December 19.

Speaking to Ada Derana after his resignation, Lanza expressed disappointment with regard to the government and cited several reasons for his decision.

He had also said that he intends to hold a press conference to inform the public as to why he decided to quit the government.

Lanza was elected to the Parliament at the 2015 General Election after contesting from the Gampaha District under the UPFA ticket. He was appointed as the Deputy Minister of Home Affairs in September 2015.