A company with ties to the government has sought a loan of Rs 3.15 billion from a state bank to import cigarettes, citing that prices would be hiked in the next budget, opposition lawmaker Anura Kumara Dissanayake has said.

“A loan of 3.15 billion has been requested from the Katuwana Branch of the Bank of Ceylon (BOC). I don’t think they can fetch that amount even by selling the branch,” the Jathika Jana Balawegaya leader said in Parliament.

He pointed out that the loan request has been approved at an interest rate that is usually provided to loyal customers of the bank.

Dissanayake pointed out that a director named P. Rathnayake, in the BOC branch, had put forward three reasons to reject the request.

The director had insisted that state banks are bound to support the development process of the government and that purchasing cigarettes does not fall under this criteria, the JJB leader noted.

He said the director had pointed out that the government could lose substantial revenue earned through the import duty of cigarettes if the importer is allowed to purchase a massive consignment well in advance. 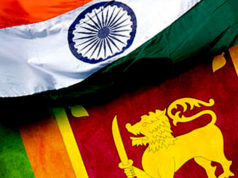