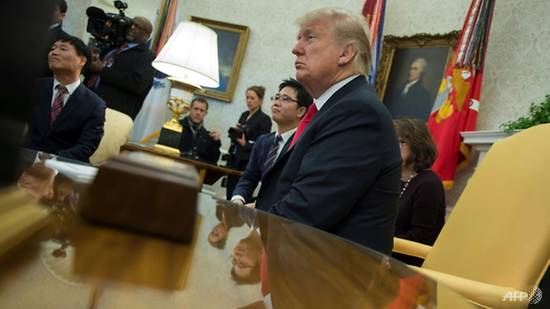 The US Congress released a Republican memo Friday (Feb 2) alleging abuse of power in investigations of Donald Trump’s election campaign, after the president accused his own Justice Department and FBI of bias against him.

In authorizing the explosive move – denounced by his opponents as a bid to undermine special counsel Robert Mueller’s probe of his team’s ties with Russia – Trump set up an extraordinary confrontation with America’s top law enforcement authorities.

Ignoring the advice of the FBI itself, which warned that the four-page painted an inaccurate picture, the president gave his green light to declassify the memo drafted by the chairman of the House Intelligence Committee, former Trump transition team official Devin Nunes.

“What’s happening in our country is a disgrace,” Trump said as he announced the move. “A lot of people should be ashamed.”

“So I sent it over to Congress. They will do what they’re going to do. Whatever they do is fine. It was declassified, and let’s see what happens.”

Based on classified materials, the memo claims that the FBI used an unsubstantiated, Democratic-funded research report to obtain a warrant in 2016 to surveil Trump advisor Carter Page, who had extensive Russian contacts.

White House counsel Don McGahn wrote in a letter attached to the memo that Trump had authorized its declassification “in light of the significant public interest in the memorandum.”

“The committee has discovered serious violations of the public trust, and the American people have a right to know when officials in crucial institutions are abusing their authority for political purposes,” Nunes said in a statement.

In the memo, the committee said its investigation had found “a troubling breakdown of legal processes established to protect the American people from abuses” of surveillance laws.

The FBI had issued an extraordinary public warning against the memo’s release, saying it contained “material omissions of fact that fundamentally impact the memo’s accuracy.”

Trump’s decision triggered speculation that FBI Director Christopher Wray would step down after just six months in the job – and that Mueller’s job could also be at risk.

Democrats allege that the ultimate target is Deputy Attorney General Rod Rosenstein, the sole person able to fire Mueller since his boss Jeff Sessions recused himself from the Russia investigation.

Both Rosenstein and Wray have battled Nunes and the White House over the memo since the beginning of the year.

Furious Democrats warned Trump of a “constitutional crisis” if the Russia probe chief, a former FBI director, is sacked.

“We write to inform you that we would consider such an unwarranted action as an attempt to obstruct justice in the Russia investigation,” Senate Minority Leader Chuck Schumer, House Minority Nancy Pelosi, and eight other key Democrats said in a statement.

“Firing Rod Rosenstein, DOJ Leadership, or Bob Mueller could result in a constitutional crisis of the kind not seen since the Saturday Night Massacre,” they said, referring to disgraced president Richard Nixon’s orders to fire justice officials during the Watergate scandal.

Former FBI head James Comey, who was fired by Trump last year after refusing to pledge loyalty to the president, tweeted after the memo’s release: “That’s it?”

“For what? DOJ & FBI must keep doing their jobs.”

As he prepared to declassify the document, Trump took a swipe at the FBI and Justice Department.

“The top Leadership and Investigators of the FBI and the Justice Department have politicized the sacred investigative process in favor of Democrats and against Republicans,” he tweeted.

The president called the alleged bias “something which would have been unthinkable just a short time ago,” adding: Rank & File are great people!”

The federation representing FBI agents rejected any notion that their work was governed by political bias.

“The men and women of the FBI put their lives on the line every day in the fight against terrorists and criminals because of their dedication to our country and the Constitution,” Thomas O’Connor, president of the FBI Agents Association (FBIAA), said in a statement.

The explosive Republican memo was based on the highly classified, much larger record of the application to obtain a so-called FISA national security warrant in 2016 to surveil Page.

Democrats have sought approval for the release of their own counter-memo that argues Nunes simplified and “cherry-picks” facts to distort what happened.

Paul Ryan, the top Republican in the House of Representatives, supported the memo’s release as an act of transparency while also calling Friday for the Democrat memo to be approved for release.

But not all Republicans were on board with the memo’s release.

“The president’s apparent willingness to release this memo risks undermining US intelligence-gathering efforts, politicizing Congress’ oversight role, and eroding confidence in our institutions of government,” Flake said, in a joint statement with Democratic Senator Chris Coons. 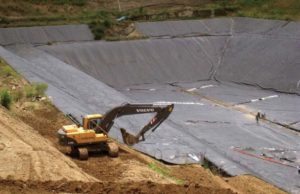