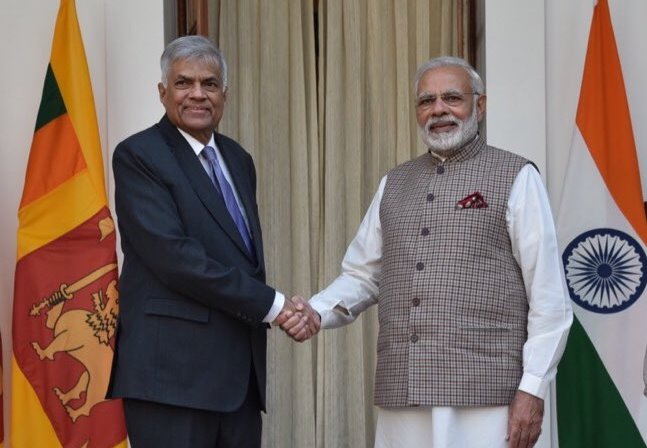 The PM who arrived in India on Tuesday on a four-day visit will hold bilateral talks with PM Modi and will also call upon President Ram Nath Kovind.

As per reports, Wickremesinghe and Modi will hold wide-ranging talks on strengthening ties between the two nations including ways to boost trade and security cooperation.

Talks on the issue of Indian fishermen being arrested by Sri Lanka and the growing presence of Chinese Navy around the Island nation are also likely to take place between the two leaders.

Earlier in the day, Wickremesinghe participated in the opening ceremony of the fifth Global Conference on Cyber Space (GSSC) at The Aero City in the national capital which was inaugurated by PM Modi.

Prime Minister Modi had visited Sri Lanka in May during which he attended the biggest Buddhist festival ‘Vesak Day’ as its chief guest.

The Prime Minister will wrap up his visit on Friday.

Day not far when Kashmir will be free from clutches of Indian occupation, says PM Imran