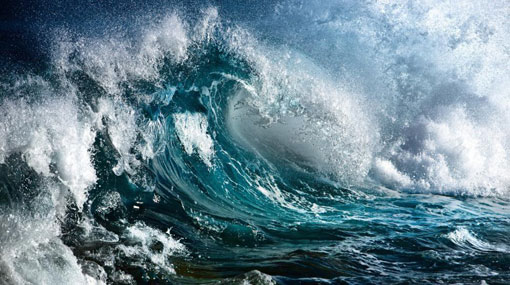 The low pressure area in the vicinity of Sri Lanka is now located to the south of Sri Lanka and is likely to develop further and move to west- Northwestward, towards the Arabian Sea, the Department of Meteorology said.

Under the influence of the system and associated with active cloudiness, the possibility for heavy showers or thundershowers, sudden increase of wind speed (up to 70-80 kmph) and sudden roughness in the sea areas off the coast extending from Mannar to Pottuvil via Colombo and Galle is high.

Showers will occur at times in the sea areas around the island, it said.

Winds will be South-easterly to north-easterly in direction and wind speed will be 30-40kmph while wind speed can increase up to 50-60kmph at times in the sea areas around the island.

Therefore fishermen are also advised not to venture into theses sea areas during next 36 hours. Navel communities are also requested to be vigilant in this regards.

Showers or thundershowers with cloudy conditions are also expected to continue over most parts of the island.

Fairly strong gusty winds (up to 45-50 kmph) can be expected particularly over North-Central province and in Galle and Matara districts.

Fairly heavy falls (75-100 mm) can be expected at some places particularly in Southern, Uva and Eastern provinces and in Matale and Polonnaruwa districts.

Why did Düsseldorf cancel an art show honoring a victim of the Nazis?

Ex-navy spokesman, five others get bail

Ferry from Kankesanthurai to Chennai for SL pilgrims

Bhutan: A society for sustainable tourism