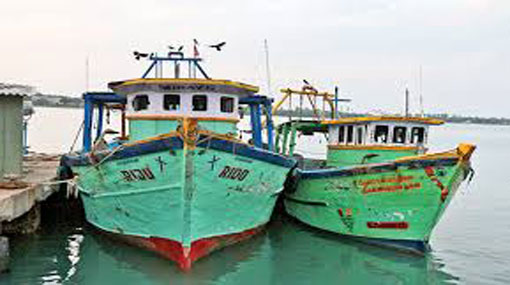 The Sri Lankan Navy on Thursday apprehended 12 Indian fishermen, along with two boats, near the Delft Island.

The personnel, belonging to the Northern Naval Command, apprehended the fishermen, who were natives of Rameswaram district of Tamil Nadu.

On December 31, at least 13 Indian fishermen were apprehended by the Sri Lankan Navy near Gulf of Mannar in Rameswaram.

Earlier that month, 27 Indian fishermen were apprehended with five boats near Delft Island.