Naval personnel attached to the Southern Naval Command on Friday (29) removed logs and branches of trees clogged underside of the Wakwella Bridge in Galle, restricting the downstream of water.

Following the inclement weather prevailed during the past few days, the Wakwella Bridge located on Galle Rathgama by road, over Gin Ganga had been blocked by debris from underside. In response to information disseminated by the Divisional Secretariat of Poddala regarding possible flood situation in the area to the Southern Naval Command, several groups of naval personnel belonging to the Navy’s Diving Unit, Special Boat Squadron and Rapid Action Boat Squadron were dispatched to the location to avert the possible threat.

Following the directives of Commander Southern Naval Area, Rear Admiral Nishantha Ulugetenna, naval troops made a concerted effort to remove all wooden remains and debris collected under the bridge, making way for free flow of river-water. After the prompt action of the Navy, the area is out of the risk of flood as of now. 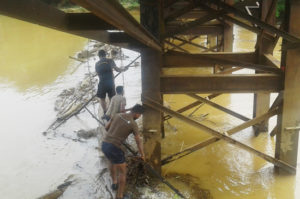 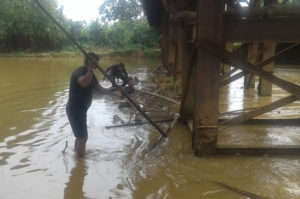 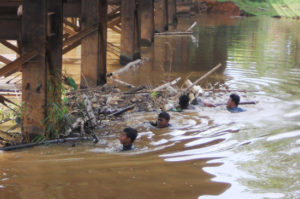 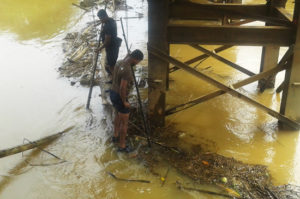