Amid the continuous surge in COVID-19 cases, the Nepal government has decided not to bear expenses of all virus-infected people and not to bury infected people who died during home isolation.

The decision, which was made earlier week by KP Sharma Oli-led administration, has been made public on Sunday (October 19) through the daily COVID-19 briefing held by Ministry of Health and Population.

Decided during a Cabinet meeting, a list of people completing certain criteria will be getting the facilities from the government, spokesperson at the Ministry announced.

“Those from economically deprived, differently-abled and helpless, single women, senior citizens, front-line health workers, sanitisation workers, security personnel and those civil servants who are working in the risk-prone zone would be tested for free and treated as well. In case aforementioned persons have an insurance policy from any company, then expenses will be reimbursed from their insurance policy which shall cover the expenses of tests and treatment. Others who don’t fall in the criteria would require taking tests and expenses for treatment on their own,” Dr Jageshwor Gautam, one of the spokesperson at Ministry of Health and Population said in the regular press briefing on Sunday.

The latest decision has gone into effect for all government, non-government hospitals and laboratories from Sunday itself. The new decision has left more than 25 per cent of the population (statistics from ADB, 2010) deprived of proper tests for COVID-19 infection.

A large number of people, especially those depending on daily wage, will be adversely affected as a standard COVID-19 test costs NPR 2,000 in private labs.

Government Hospitals and Labs have been conducting the tests for almost free of cost as they earlier use to receive reimbursement from the government on the basis of tests conducted.

Besides, the Government has distanced itself from criminating the bodies of those succumbing to the deadly virus.

Amending the “Dead Body Management of COVID-19 Cases Guideline” the government has made family members bury the body of their kin if he/she dies during home isolation.As per the new rule, the family members need to inform the local administration and police in case the infected person in home isolation dies and funeral rites need to be carried out by maintaining a physical distance. However, the guideline bars people above 60 years and children to participate in the procession.

The new regulation also states that family members would require to arrange a vehicle to carry the dead body while the persons going close with the body would need to wear gloves, surgical masks, boots, spectacles and full sleeve dress.

Kathmandu Valley which hosts almost half of the active cases in real-time have the highest number of infected ones in home isolations as a hospital run out of beds and other infrastructures. 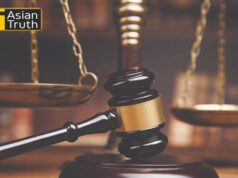