The 66-year-old, who will become the new director general on March 1, vowed to quickly address economic and health issues brought about by the coronavirus pandemic, such as by making vaccines available to more countries, and reform the WTO’s dispute settlement system in cooperation with 164 members. 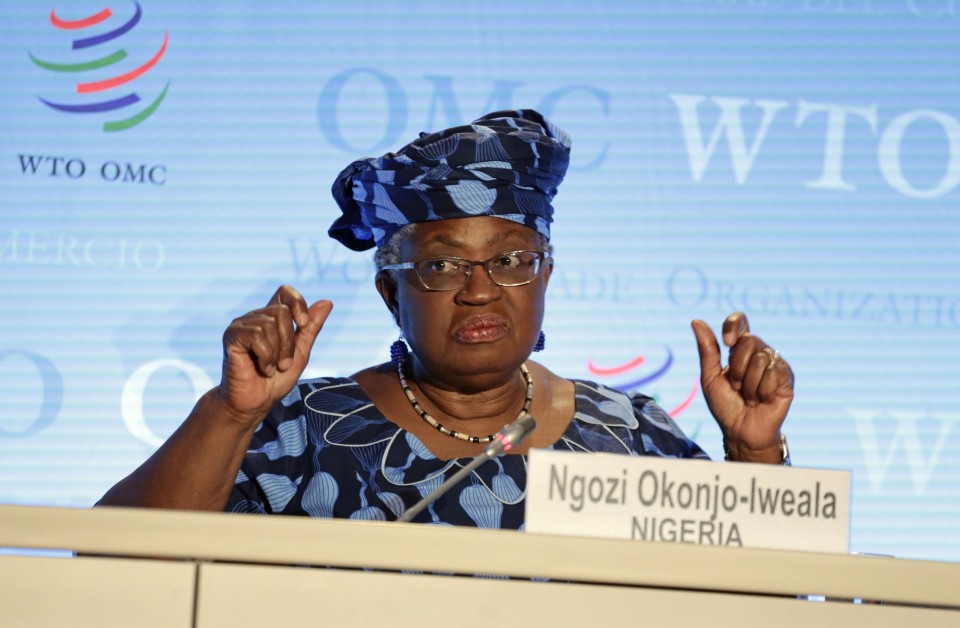 “A strong WTO is vital if we are to recover fully and rapidly from the devastation wrought by the COVID-19 pandemic,” she said. “Our organization faces a great many challenges but working together we can collectively make the WTO stronger, more agile and better adapted to the realities of today.”

Okonjo-Iweala, whose term will expire on Aug. 31, 2025, fills the vacancy created by the departure of former Director General Roberto Azevedo on Aug. 31 2020, a year before his mandate expired.

She had been battling for the post with South Korea’s trade minister Yoo Myung Hee, who withdrew from the race earlier this month.

In a shift from the policy of the previous U.S. administration led by Donald Trump, the government of President Joe Biden, who took office on Jan. 20, dropped Washington’s objection to backing Okonjo-Iweala.

Last October, the former Nigerian minister who had also served as a World Bank managing director, was recommended for WTO director general based on consultations with all delegations with “the deepest and the broadest support among the membership,” according to the trade body.

But the Trump administration refused to join the consensus. The U.S. government has long been critical of the WTO, including its handling of the problems posed by practices in China.

U.S. blocking of the appointment of any new judges to the trade body’s appellate panel has left the dispute-settling system unable to function for more than a year.