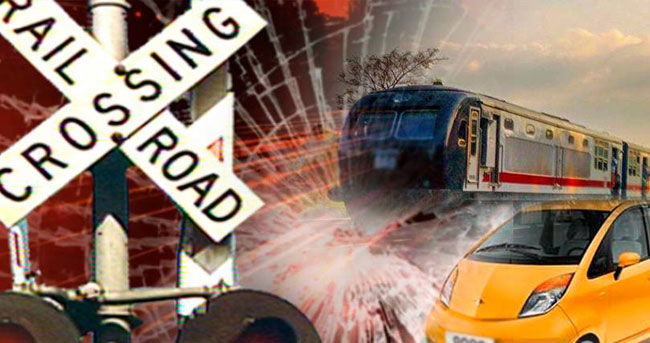 One person was killed while another three were critically wounded after the vehicle they were traveling in collided with a train at a railway crossing in Kattuwa, Negombo.

Ada Derana reporter said that a Tata Nano car had attempted to travel through the crossing near the Kattuwa railway station when it had collided with a slow train traveling from Chilaw to Colombo.

One person who was trapped inside the vehicle at the time had died on the spot following the crash while the other three have been admitted to the Negombo Hospital in critical condition.

The wreckage of the vehicle has been removed from the track and train services along the line have resumed, he said.

Negombo Police is conducting an investigation into the incident.