More than 1,200 vehicles were temporarily stranded in central Japan on Sunday as heavy snowfall continued across wide areas of the country, forcing some prefectures to request the Ground Self-Defense Force’s help in rescue operations.

About 200 vehicles were stuck near an interchange on the Hokuriku Expressway in Fukui Prefecture as of 11 a.m., while another 830 remained stranded at other sections of the expressway since as early as Saturday, Central Nippon Expressway Co. said.

Another 200 vehicles were stranded in Toyama Prefecture after a large truck was unable to move on the Tokai-Hokuriku Expressway. About 50 GSDF members engaged in rescue work at the scene, the prefectural government said.

A 25-year-old woman and 44-year-old man who were stuck in their cars became ill and were transported to hospitals, according to local rescue workers. 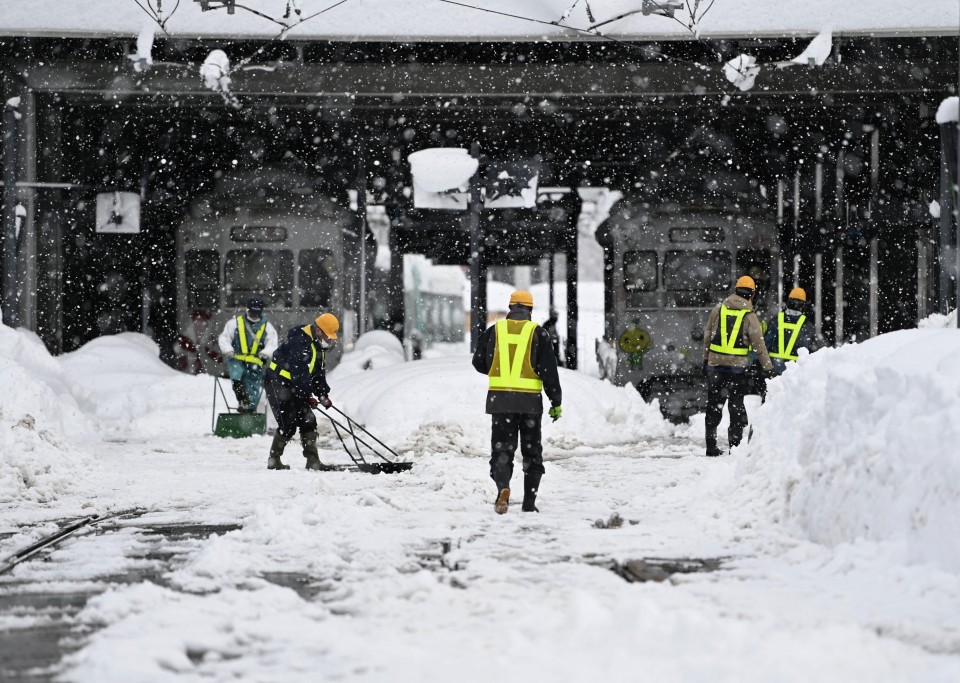 The Japan Meteorological Agency warned of further traffic disruption due to snow and frozen roads. It said heavy snow was expected from northern to western regions on the Sea of Japan side of the country through Monday morning.