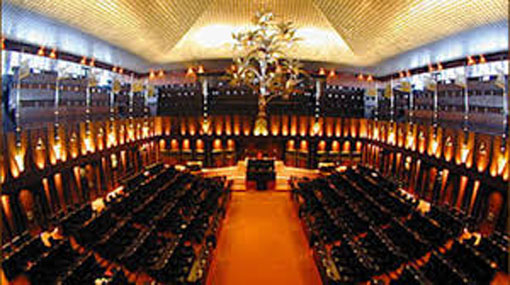 Parliamentary sessions were suspended by the Speaker of Parliament Karu Jayasuriya following a tense situation that ensued during the address of the Prime Minister.

Following the events that ensued, the Speaker dismissed the house and stated that a party leaders meeting will be called within the course of the day.
Prime Minister Ranil Wickremesinghe was scheduled to make a special statement during parliamentary session today (10).

It was revealed that the report submitted by the Presidential Commission of Inquiry on the Issuance of Central Bank Bonds was discussed during the special party leaders meeting held yesterday (9).

It was however stated that the party leaders requested more time to study the report. Accordingly the date on which the report on the bond scam will be debated on was not finalized.