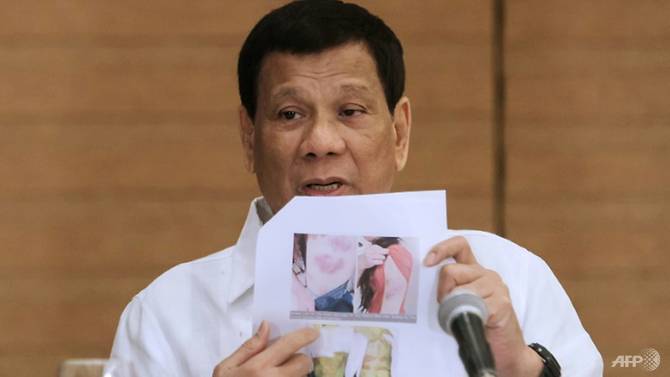 This follows a “total ban” by Manila on new employment in Kuwait, including Filipinos who had already obtained employment permits but had not yet left for the Gulf country.

The Philippines foreign undersecretary for migrant workers affairs Sarah Arriola said the government would shoulder the costs for the migrants’ airfares and penalties for overstaying their visas, the Inquirer reported.

The measure came after President Rodrigo Duterte angrily lashed out at Kuwait over reports of Filipino workers suffering abuse and exploitation.

Duterte on Friday brandished photos purporting to show a Filipina maid found in a freezer, saying she had been “roasted like a pig”.

He also alleged Arab employers routinely raped their Filipina workers, forced them to work 21 hours each day and fed them scraps.

Authorities say 252,000 Filipinos work in Kuwait, many as maids. They are among more than two million employed in the Gulf region, whose remittances are a lifeline to the Philippine economy.

Domestic workers in Kuwait are not covered by ordinary labour legislation.

Human Rights Watch and other rights groups have documented widespread abuses, including non-payment of wages, long working hours with no rest days, physical and sexual assault, and no clear channels for redress.

Philippine officials added they were eyeing China and Russia as “alternative markets” for overseas workers.

Kuwait’s foreign minister on Tuesday condemned what he called an “escalation” by Manila.

“This escalation will not serve the relationship between Kuwait and the Philippines,” Foreign Minister Sheikh Sabah Khaled Al-Sabah told reporters in Kuwait City.

“We condemn the statements of the Philippine president, especially since we are in contact with the Philippines at the highest level to fully explain the state of the Filipino workforce in Kuwait.”