Facebook’s chief executive, Mark Zuckerberg has announced the company’s “New Steps to Protect the US Elections.” It is reported that they include blocking new political ads in the week leading up to Election Day and attaching labels to posts containing misinformation, specifically related to the coronavirus and posts from politicians declaring victory before all the results are counted.

Effectiveness of these measures are however open for criticisms. However the fact that Facebook has vast power over the country’s political system remains a major concern.

It is further reported that Mark controls three core communications platforms — Facebook, Instagram and WhatsApp — that billions of people use every day. Mark controls around 60% of voting shares of Facebook and he alone can decide how to configure Facebook’s algorithms to determine what people see in their News Feeds, what privacy settings they can use and even which messages get delivered. He sets the rules for how to distinguish violent and incendiary speech from the merely offensive, and he can choose to shut down a competitor by acquiring, blocking or copying it. In fact Mark has become one of Most Powerful Persons In the World as he control’s almost everyone’s Social media.

Trump thanks Scandinavian MPs for nominating him for Nobel Peace Prize

U.S. looking to strengthen ties with Japan as Suga set to succeed Abe 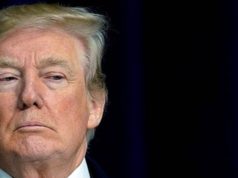