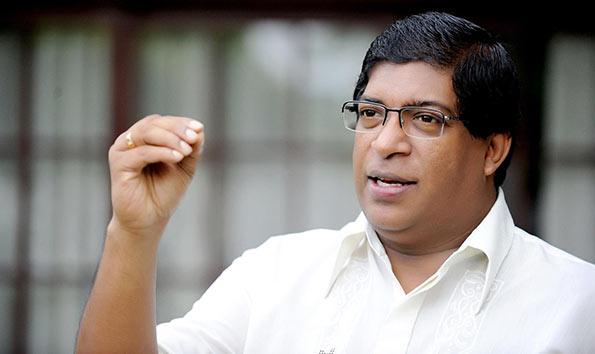 MP Ravi Karunanayake’s lawyers have refused to accept the presidential commission report into the Central Bank bond issue which implicates him only among politicians.

The lawyer noted that the CB was not under Karunanayake at the time, although only he had been made responsible for the Rs. 11,000 million loss.

He said the ex-minister went before the commission and gave evidence in order to support the investigation, and rejected the accusation that he gave false evidence.

He declined to comment further, but said legal action would be taken.

Day not far when Kashmir will be free from clutches of Indian occupation, says PM Imran

Hilma - July 13, 2020
0
Prime Minister Imran Khan paid tribute to the Kashmiris on Monday (July 13) for laying down their lives for freedom as they...