It is reported from Maldives that a number of 148 Thai nationals have been evacuated out of Maldives on a chartered flight operated by the national airline. The flight departed to Thai capital Bangkok on Sunday morning. 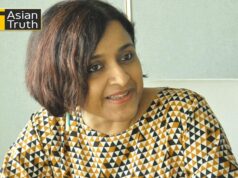 Sri Lankan Muslims must be invited to move to Maldives – Dunya

Masks made mandatory in all residential islands in Maldives