Saudi Arabia on Wednesday (January 13) decided to reopen all airports in the country from March 31  brightening prospects of a normal Hajj in 2021.

Umrah is an Islamic pilgrimage to Mecca and Medina undertaken any time of the year, attracting 19 million people last year. Saudi Arabia had instituted a freeze on Umrah in March which was later relaxed to allow a limited number of pilgrims.

In this regard, the Saudi Aviation Authority has issued a notification, mentioning that all countries except where coronavirus still prevails will be allowed to operate flights.

It notified that the cases of citizens belonging to countries where the virus hasn’t been controlled will be thoroughly investigated.

The Saudi government has set up committees which will take further decisions on the matter after examining the cases of travellers from these countries, the notification underscored.

In addition, Saudi aviation said the implementation of coronavirus SOPs will be ensured for the well-being of travelling passengers.

Earlier, in November, around 10,000 international pilgrims had arrived in Saudi Arabia to perform Umrah which was halted due to the rising number of coronavirus cases in the Kingdom and worldwide.

According to Deputy Minister of Hajj and Umrah Dr Amr Al-Maddah, the 10,000 pilgrims arriving from abroad had first obtained a permit, Arab News reported. 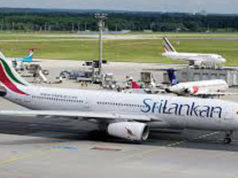