A total of six Indian Navy Ships of the 1st Training Squadron are on a 4-day visit to Sri Lanka.

The Indian High Commission in Sri Lanka noted that the visit is aimed towards broadening horizons of young officers & officer trainees in yet another display of close camaraderie & friendship.

The INS Magar & INS Shardul are in Colombo while the INS Sujata, INS Tarangani, INS Sudarshini and CGS Vikram are in Trincomalee.

The Indian Ministry of Defence said that the visit is part of their overseas deployment for the 100th and 101st Integrated Officers Training Course.

The ships are the part of Southern Naval Command (SNC), which is the Training Command of the Indian Navy and is headed by Vice Admiral AK Chawla, Flag Officer Commanding-in-Chief, Southern Naval Command (SNC). The Indian Navy has been imparting training to international trainees for more than four decades now. As on date, a large number of officers and sailors from Sri Lanka are undergoing various ab-initio to advanced courses at SNC. The Command has gained the reputation of being the finest training destination by maintaining focused approach to provide high quality training and by constant adaptation to evolving tactics and technologies,” the release read.

During the four day long deployment IN ships Magar and Shardul along with trainees of 101 IOTC will visit the Colombo harbour, while IN ships Sujata, Sudarshini, Tarangini and CGS Vikram will visit Trincomalee with the trainees of 100th IOTC. Various training activities are planned to be conducted between the Navies of the two countries with the aim to enhance the inter operability of the two forces.

A brief about the ships:

INS Magar – INS Magar is the lead ship of Magar-class amphibious warfare vessels of the Indian Navy. She was built by Garden Reach Shipbuilders and Engineers, Kolkata and was commissioned by Admiral R.H. Tahiliani, Chief of the Naval Staff on 15 July 1987. The ship has a length of 120 metres and a beam of 17.5 metres.

INS Shardul – INS Shardul is the lead ship of the Shardul-class amphibious warfare vessels of the Indian Navy. On 3 October 2008, Shardul was affiliated to the 5 Armoured Regiment of the Indian Army in an on-board ceremony, at the Mumbai Naval Base.

INS Sujata (P56) – An indigenously built Offshore Patrol Vessel class of ship, was commissioned into the #IndianNavy on 03 November 1993. The ship is designed to undertake fleet support operations, coastal and offshore patrolling, ocean surveillance, monitoring of Sea Lines of Communication and offshore assets and escort duties.

INS Tarangini – The Indian Navy sail training ship Tarangini (her name comes from the Hindi word ‘Tarang’ meaning waves) is a three-masted steel barque, designed by Colin Mudie and built at Goa Shipyard Limited, Vasco da Gama, Goa, India, in 1996/7. Tarangini is a near sister to STS Lord Nelson with the same hull and rig though with a different layout and deckworks.

INS Sudarshini – INS Sudarshini, the latest Sail Training Ship of the #IndianNavy was commissioned on 27 January 2012. The sail ship’s full load displacement is about 500 tonnes, length 54 metres, breadth 8.5 metres and a crew of five officers and 40 sailors. 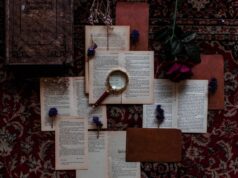 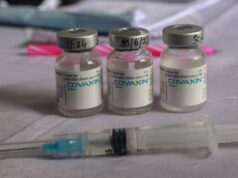