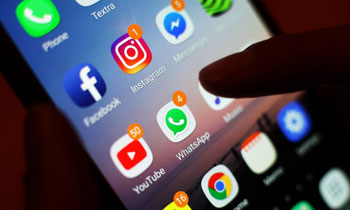 Telecommunication and Digital Infrastructure Minister Harin Fernando said today that restriction on the use of social media sites such as Facebook would most probably be lifted by tonight.

He told that the ministry and the Telecommunications Regulatory Commission (TRC) are in discussion with the Facebook service provider about filtering social media.

“It takes longer period to remove some posts such as hate speeches and child pornography published on the Facebook in Sinhala. International service providers do not have enough resources to monitor Singhala posts and that’s why we are having discussions with them on how to remove such post on Facebook.

Minister Fernando said President Maithripala Sirisena had given the authority to the ministry and the TRC over the matter.

Social media platforms including Facebook,WhatsApp, Viber and Imo had been blocked since last week to prevent transmitting fake news or rumours that instill a fear psychosis or a threat to communal harmony.