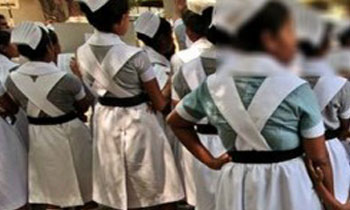 Dr. Senaratne said the group of nurses staying at the nurses’ quarters had refused to report to duty until the fingerprint machine was removed.

He said that earlier discussions had been held with the nurses’ trade union regarding the matter, but were not successful.

“However, hospital authorities will discuss the matter with Government Nursing Officers Union (GNOU) President Ven. Muruththettuwe Ananda Thera in a short while,” he said.

Dr. Senaratne said the protest however had not impacted hospital services.