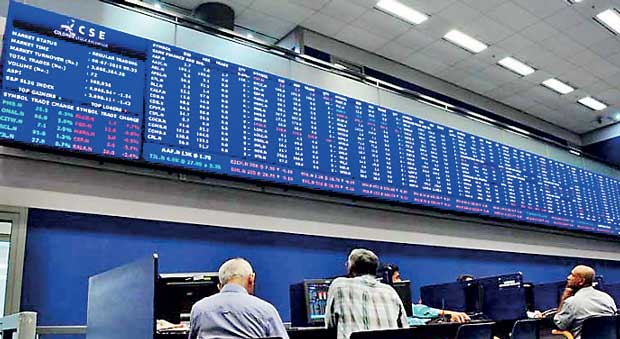 Sri Lankan shares inched slightly higher yesterday from a two-week closing low, but foreign selling amid political uncertainty weighed on trade, stockbrokers said.
The Colombo stock index ended 0.08 percent firmer at 6,557.02, edging up from its lowest close since February 14 hit on Wednesday. Sri Lankan markets were closed for a holiday on Thursday. The index fell 0.28 percent this week.

Stockbrokers said the absence of some fund managers who are attending an investor forum in Singapore hit the turnover.

“We expect the market to rebound next week after the investor forum,” said First Capital Equities CEO Jaliya Wijeratne.

President Maithripala Sirisena reshuffled his cabinet on Sunday, appointing his prime minister as the law and order minister, after the governing coalition suffered a series of defeats in local elections earlier this month.

However, the changes failed to boost the market as the cabinet reshuffle was not enough to address the election defeats, analysts said.

Malaysian companies to participate at GROWTECH 2020 in Vietnam

Malaysia’s Perodua records 7,886 cars in May despite COVID-19 crisis