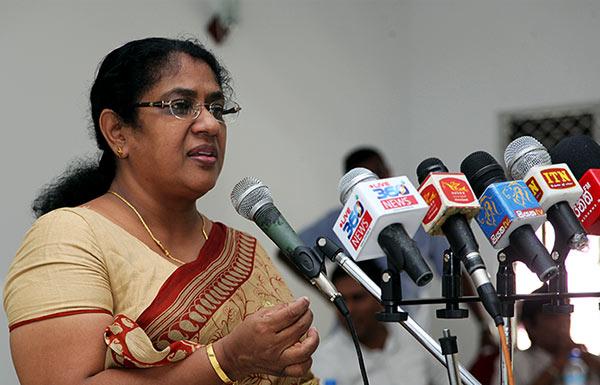 Predicting that there would be several more crossovers from the Joint Opposition (JO) in coming weeks, Justice and Foreign Employment Minister Thalatha Athukorala says that it was getting isolated as it was working hard to promote a single family.

MP Wijewickreme was sworn in as State Minister of Provincial Councils and Local government by the President yesterday morning.

Minister Athukorala told The Island that three JO members had left the party recently as the JO was busy promoting the interests of a single family and its prominent members would join President Maithripala Sirisena to support the government.

The JO had not even obtained the support of its MPs to make the nomination lists for the forthcoming Local Government election, she alleged.

Commenting on UNP’s preparations for the upcoming election, Minister Athukorala said that the government had already created a better environment where its members could carry over a grassroots level campaign.

The Minister said that the UNP was confident of winning the LG polls and other political parties would not be a challenge to the UNP.