The decision in an updated medium-term business plan released in the day comes as the trend toward creating a greener society through substantial cuts in greenhouse gas emissions is gaining traction. 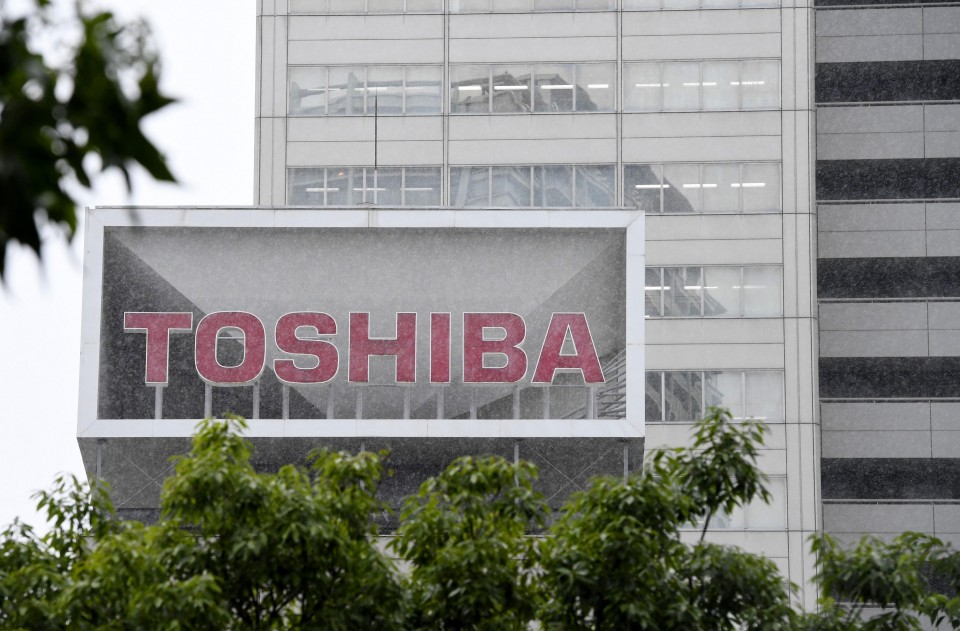 Logo of Toshiba Corp. as pictured in Tokyo in June 2017. (Kyodo)

Toshiba said it aims to halve greenhouse gas emissions related to its businesses by fiscal 2030, but will still complete existing orders for coal power plants at home and abroad.

“Clearly, there will be a paradigm shift in the energy sector globally. As a result, we have decided to stop receiving orders for coal-fired thermal power plants that emit large amounts of carbon dioxide,” Toshiba President and CEO Nobuaki Kurumatani said during an online press briefing.

Kurumatani said demand for coal power plants has been declining, adding that Toshiba will seek to more than triple its sales from the renewable energy segment over the next decade.

The renewable energy segment, which includes solar and wind power, earned 190 billion yen ($1.8 billion) in fiscal 2019 and its fiscal 2030 target is set at 650 billion yen with 160 billion yen in investment.

Under the current plan compiled before Suga took office in September, the Japanese government aims for renewable energy to account for nearly a quarter of the country’s total power generation in fiscal 2030 while fossil fuels, including coal, will make up about half.

Japan has faced criticism from environmentalists for building coal-fired power plants overseas, particularly in Southeast Asia, so the government has decided to tighten its criteria for supporting exports of coal-fired plants.

Among other major players, Mitsubishi Heavy Industries Ltd. is planning to downsize its coal power business and Germany’s Siemens Energy AG said Tuesday it will no longer support the development of coal power plants.

In the April-September period, Toshiba reported a net profit of 3.49 billion yen, swinging back into the black for the first time in two years. Sales fell 19.9 percent to 1.37 trillion yen and operating profit plunged 94.0 percent to 3.11 billion yen.

The earnings result reflected a recovery in the business performance of Toshiba affiliate Kioxia Holdings Corp.

The flash memory chips manufacturer was scheduled to make its debut on the Tokyo bourse in October but the listing was postponed amid the coronavirus pandemic and the murky outlook for the industry following Washington’s move to restrict semiconductor exports to China’s telecom giant Huawei Technologies Co.

The Japanese industrial conglomerate expects total sales to fall 8.8 percent to 3.09 trillion yen for the current business year through next March while operating profit is projected to drop 15.7 percent to 110 billion yen. Toshiba has not released a full-year net profit outlook.

Panasonic chief Tsuga to step down after 9-year reign