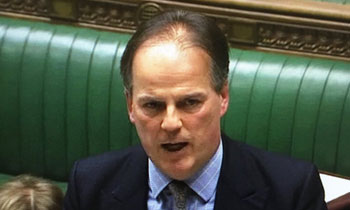 The UK Government said it was anticipating further representations on the UN Interim Report on the implementation of UN Resolution on Sri Lanka, at the ongoing UNHRC Sessions in Geneva.

In response to a question by Opposition Whip Vicky Foxcroft in House of Commons on Tuesday, Minister of State for Asia and the Pacific Mark Field said the UK was closely monitoring the delivery of the commitments made by Sri Lanka under UN Resolution 34/1.

He said the UK is also providing Sri Lanka with £6.6 million of Conflict, Stability and Security Fund, funding over three years, to include support for police reform and training, reconciliation and peacebuilding and demining.

Meanwhile, Minister Field said he discussed the importance of the Sri Lankan Government meeting its obligations during his visit to Colombo and Jaffna in October last year.

“Among these were establishing transitional justice mechanisms, including a credible accountability process for those most responsible for violations and abuses during Sri Lanka’s civil war and the return of military held civilian land, particularly in the north and east,” he said.

When asked what recent assessment has been made of the human rights record of Sri Lanka, Minister Field said the UK is committed to the full implementation of UN Resolution on Sri Lanka.

“This year the UK will continue to encourage progress on human rights issues, including modern slavery, gender inequality, and reform of discriminatory laws,” he said.