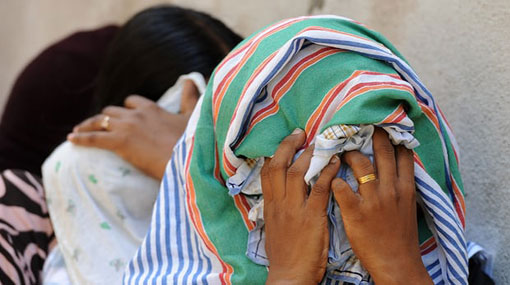 The United Nations’ refugee agency has condemned Australia’s forced return of an asylum seeker to Sri Lanka without any assessment of his claim for protection, saying the man is at serious risk of persecution in his homeland.

The UNHCR had sought assurances from the Australian government the man would not be removed from the country and would be allowed to apply for protection.

But on Wednesday, the man was forcibly removed, in handcuffs, from Villawood detention centre and flown back to Sri Lanka.

The Australian government has maintained that the man was removed because he missed its October 1 deadline to apply for protection, and was deemed not to be seeking protection.

However, lawyers for the man said he had a “credible claim” for protection, based on his Tamil ethnicity, and familial connection to the now-defunct separatist army the Liberation Tigers of Tamil Eelam, the Tamil Tigers. It is not suggested he was a member of the LTTE.

The man had struggled to fill out the 41-page protection application form in English unassisted, and was not able to access legal assistance before the deadline.

With assistance from the Refugee Advice and Casework Service, he lodged an application for protection during October but was told he had missed the deadline and his claim would not be assessed.

Asylum seekers returned to Sri Lanka are routinely arrested at the airport, and jailed at Negombo before facing court. “The use of torture … [remains] endemic and routine, for those arrested and detained on national security grounds,” the UN says.

Lawyers and advocates for the returned man have not been able to contact him since he was returned.

A spokeswoman for the UNHCR, Catherine Stubberfield, said the UN was aware of a number of asylum seekers who were unable to meet the government’s deadline of 1 October to submit their applications for asylum.
“Since July 2012, people who sought asylum by sea were excluded from lodging an application in Australia for up to four years.

“While they were all invited to apply by October 2016, some asylum seekers have been unable to complete this process within the time frame for a range of valid reasons, including a lack of access to legal representation. This was the case for the asylum seeker forcibly returned to Sri Lanka this week.”

It was a worrying breach of Australia’s international legal obligations, Stubberfield said.

“In this context, the return of an asylum-seeker – whose claim for international protection was not considered on its merits – presents a serious risk of return to danger or persecution.”

Regardless of ministerial deadlines, Australia is still legally bound by its non-refoulement obligations under the refugees’ convention. It cannot return a person to a place “where [their] life or freedom would be threatened“.

The return of Tamils to postwar Sri Lanka, by Australia and other countries, remains controversial. There has been widespread reportage of the mistreatment and torture of prisoners by Sri Lankan security forces, including the systematic use of rape.

In July the UN’s special rapporteur on counter-terrorism and human rights Ben Emmerson visited Sri Lanka and reported that “the use of torture, has been, and remains today, endemic and routine, for those arrested and detained on national security grounds”.

“Entire communities have been stigmatised and targeted for harassment and arbitrary arrest and detention, and any person suspected of association, however indirect, with the LTTE remains at immediate risk of detention and torture,” Emmerson wrote.

The 1 October deadline was announced in May by then immigration – now home affairs – minister Peter Dutton, who accused asylum seekers of being “fake refugees”.

Seven thousand asylum seekers, many of whom had lived for years in Australia without ever being allowed to apply for protection, were told they must meet the October 1 deadline. It is understood all but 71 met the deadline.

Australia’s department of immigration declined to comment on the specific case of the man deported on Wednesday, but has commented on the return of Tamils generally, and its non-refoulement obligations.