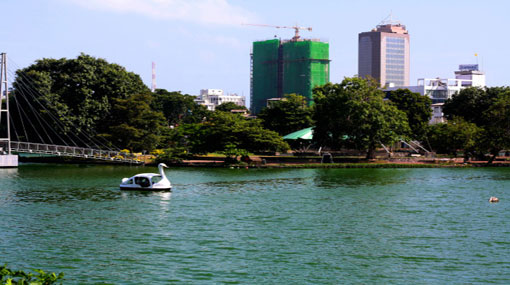 The walking paths constructed around the Beira lake will be vested with the public in February.

The Urban Development Authority will launch this project under the urban revival campaign to beautify Colombo and make it a lucrative tourist destination.

The first phase of the walking paths will be from the Lakehouse roundabout to the Lotus tower.

The UDA also stated that another walking path will be constructed from Vauxhall street to the Lotus Tower.

Hilma - May 28, 2020
0
An unborn baby died in East Nusa Tenggara after the ambulance carrying the baby’s mother got stuck in a traffic jam where...